Don’t Argue with Imaginary Farmers in Your Head 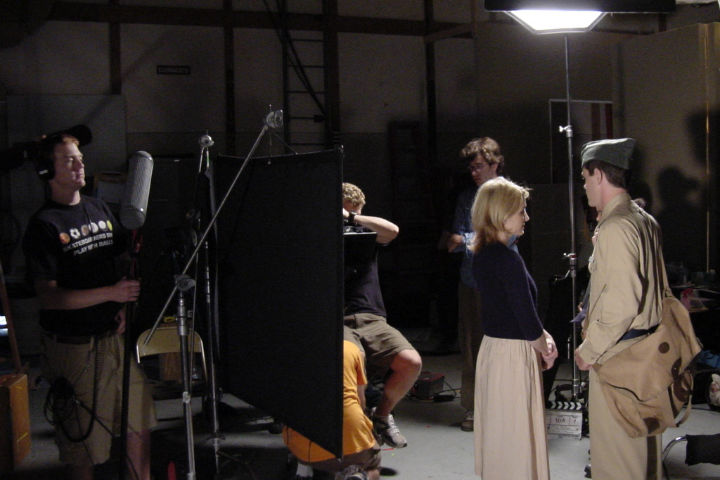 My dad used to tell a story about a man whose car ran out of gas driving down an old country road late at night.

It was dark, but he could see some lights coming from what looked like a farm house. He figured it was only about a 15-minute walk away, so he grabbed a gas can and headed in that direction, hoping he could borrow some gas.

As he walked, he started thinking about how the farmer was probably asleep and how he’d have to wake him up. “This farmer won’t be too happy to see a stranger standing at his door so late at night,” the man thought. “I’ll be waking him right out of a deep slumber! He’ll be startled.”

The man continued to play this story out in his mind. “He’ll be so angry when he finds out why I woke him. I bet he slams the door in my face! And I still won’t have any gas.”

At last the man arrived. He rang the bell and when the farmer answered, the man threw down his gas can and yelled, “You can keep your darn gas! I don’t want it from you after all!”

The man was right about one thing. The farmer was really startled!

What is the story you’re telling yourself?

My dad’s story is an example of someone’s internal narrative getting extreme. As listeners, it’s easy for us to see where the man went wrong.

What’s your internal narrative?  This is an important question because that’s the story informing most of your choices.

Are you waiting for someone to come along change your story?  Which fairy tale is that? Cinderella was waiting in the ashes until her fairy godmother showed up. Or maybe you’re hoping Batman will show up.

Get Calm and Curious. It’s time to re-read that life script of yours

You’re the writer and the director of the story of your life. Look at this script you’ve written for your role in the story. Does it stink? Well change it!

Examine your story. You may notice themes or patterns that cause you to say, “Oh, my anxious part was definitely the one writing this particular scene!” or “Where was my Self energy the day I forgot to pick the kids up at the bus stop?”

What would you like to change about your story? Let’s review your script.

I recommend doing this from a Calm place. So:

Now step outside the stories you tell yourself and write them down.

Look at how you show up in your story. If you’re waiting for a fairy godmother, knight in shining armor, or superhero to rescue you, that means you see yourself as a victim.

So get Curious. Who’s the perpetrator? That bully making you miserable might be an actual person, misfortune, or the universe.

And who is the rescuer? I was just kidding about the fairies and the lamps. You may feel so downtrodden that rescue doesn’t feel possible. In truth you always have your inner Self to guide and care for you.

You may be in a reality that is difficult for you in this moment. Look for ways you show up not as the victim. Ask yourself “How do I not be a victim under these circumstances? What would I choose to do?”  Step up on this new perspective and live a new story.

If you were watching this story unfold at the theatre what would you be rooting for the heroine or hero to do?

Get Creative with It

As you continue to step outside the story, bring in your Self quality of Creativity, too. Why not have fun when you’re learning more about yourself? Imagining yourself as the writer and director of your life script can be fun.

You will get a new perspectives as narrator and start to see your life as being filled with choices and agency.